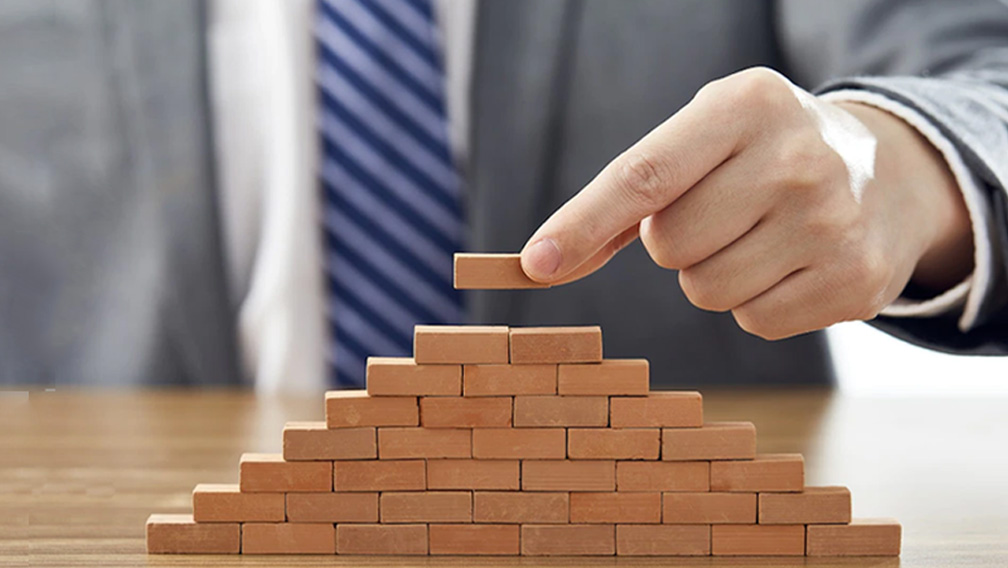 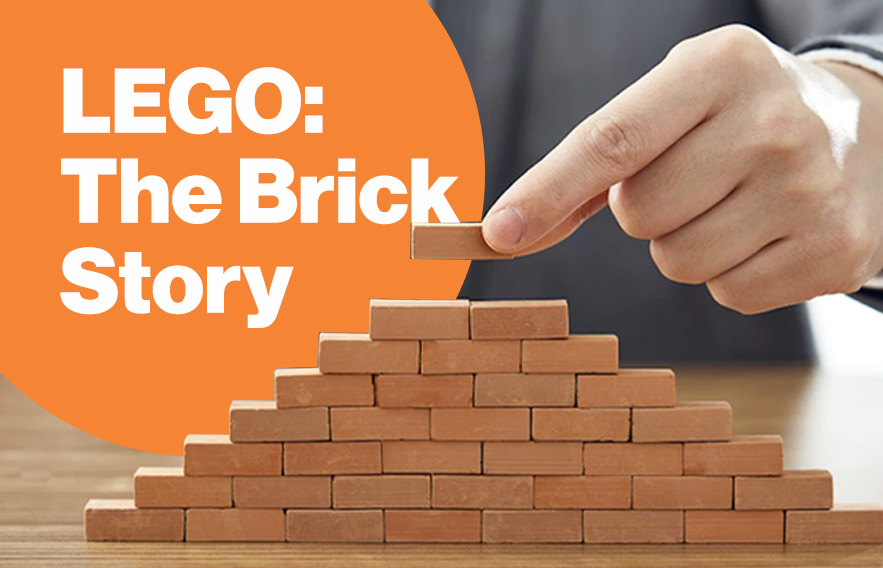 In 1999, LEGO was elected as Toy of the Century; in 2019, the LEGO brand was valued at approximately 6.9 billion USD, according to Statista 2020. Here’s the billion-dollar question: how did LEGO maintain its superbrand status all these years? Let’s unravel the LEGO business model, brick by brick, to find out why children and adults alike have never “LEGO” of these bricks.

You’d be surprised to know that this global enterprise had its humble beginnings as a small carpenter’s workshop, making only wooden toys in the 1930s.

Their first plastic toy was introduced in 1949 as the “Automatic Binding Brick” because of its stud-and-tube interlocking system. This invention allowed for unlimited building possibilities and got the imagination of every individual going.

Committed to promoting children’s development through good quality play, founder, Ole Kirk Kristiansen, combined “Leg godt” – a Danish phrase meaning “play well”, and named his company LEGOⓇ – unaware that this word means “I put together” in Latin. This overarching philosophy, coupled with the company’s motto, “Only the best is good enough”, has built a strong business core that aims to enrich a child’s life and lay the foundation for growth into adulthood.

As perfect competition remains a theoretical and abstract concept, you may have come across many clone brands – with construction toys similar to and compatible with LEGO bricks. Nevertheless, the reason they are referred to as clones is not unfounded: they may be price competitive, but they are also of inferior quality. Adult fans of LEGO (known as AFOL) typically despise these clone brands out of allegiance to the brand. And to refer to them as “LEGO bricks” – in particular, by Non-LEGO Persons (“outsiders” who don’t play with LEGO, better known as NLP) – is one of the biggest dangers the LEGO group can face as they risk a dilution of their brand identity.

So how do they sustain customer loyalty?

Beyond the Brick: Customer Centricity

Despite having a strong fanbase since the 1990s, there was a lack of communication between LEGO and their young target segment. Legal disputes with parents threatening to sue LEGO for “stealing” their children’s ideas whenever they saw a similar product on the shelves merely increased the brand’s resistance to accepting unsolicited product ideas. However, in 1999, two weeks before the Christmas shopping season, LEGO was told by their three largest distributors – Walmart, Target, and Toys “R” Us, that they didn’t know their customers.

And only then did it compel LEGO to shift from a transactional company-to-customer relationship to adopting 2-way methods of communication.

Before the 2000s, LEGO primarily focused on targeting children – specifically, young boys. This was evident in their marketing plan that began with building the first LEGOLAND resort in Denmark and launching children’s magazine LEGO Clicks (now LEGO Life Magazine). It took them over 60 years and a business-to-consumer team to discover the untapped marketing potential of a new segment: adults.

On discovering the growing proportion of adult fans, they also realised that this demographic has been generating free advertising for the brand. A YouTube channel Beyond the Brick, with more than 800,000 subscribers, was founded by brothers Joshua and John Hanlon. Once an audio-only podcast, they now travel around the world to showcase talented LEGO builders and their creations – providing a platform for LEGO fans from all over the world to gather. With that, the LEGO group started fostering active communities of fans and followers.

In 2005, they launched the LEGO Ambassador Network (LAN), composed of fans between ages 19 and 65 whom they have built a personal relationship with and would turn to for ideas and advice. By hearing firsthand from the consumers, not only did it allow LEGO to stay attuned to their needs and preferences, it has also propelled the research and product development for the business and allowed them to adapt to the ever changing consumer relationship.

After all, communication is at the heart of every interaction.

Takeaway #2: Communicate with consumers and fans (and make them your advocates)

Apart from shifting their traditional advertising focus from young boys to adults, LEGO also began their marketing efforts specifically targeted at young girls. The Friends LEGO Set released in 2012 was not just a pink and purple version of the original brick set. Based on their research, young girls tend to develop personal stories around their creations and imagine living in them. Friends LEGO Set was, therefore, designed with a typical female learning style in mind and advertised with a greater focus on lifestyle, and less on building.

Our products must exist on children’s own terms. To put it simply: what the future LEGO products do in the heads of tomorrow’s children is important.

It’s no surprise that their milestone in 2014 was what helped LEGO bind these different demographics together – The LEGO Movie. Gaining a 96% approval rating from movie snob Rotten Tomatoes, The LEGO Movie garnered significant social media attention and captured audiences of all ages. The young wanted the toys and the adults connected with the universal message of the film that champions individuality, creativity and imagination, no matter what age you are.

And that explains why LEGO is far from entering, as what the fans would say, the Dark Ages – a period when LEGO fans set aside the bricks in favour of other non-LEGO pursuits.

Takeaway #3: Disrupt the status quo. From switching to plastic toys, or target segments, disruption can be a force for good. ​

Competition comes in many forms. Apart from products, consumption habits also constitute a major part e.g. how children decide to spend their time and dynamic lifestyles. The nature of play has certainly evolved with the rise of digitalisation – but whether it poses a threat or an opportunity depends on the organisation.

It may be difficult to imagine how these LEGO bricks, amongst all physical toys and digital playthings, remain integral in our lives. Apart from The LEGO Factory that allowed customers to customise their brick sets on the website (which generated a lot of traffic for them), the organisation also redesigned their website in 2011 to incorporate online community activities for the AFOLs, microsites dedicated to specific product lines, and games for all ages.

LEGO Life, the first social network created just for children too young to use Instagram, was launched in 2017 to provide a safe space for these young fans to share their creations and connect with a broader community. Similar to Instagram, users are able to “like” and comment on each other’s posts with a custom emoji keyboard to prevent online bullying. The icing on the cake would definitely be interacting with LEGO characters – when else would you hear of Batman’s ideas for your next build?

It’s also worth noting that LEGO has been incorporating sustainable materials in their manufacturing processes since 2018. Starting from next year onwards, LEGO will also be replacing their single-use plastic bags with recyclable paper bags. The brand is definitely doing more than bridging the digital divide.

Takeaway #4: Stay true to your core business even as you embrace trends and introduce change

Bricks of the future

Since it was patented, the design of the LEGO brick has been kept exactly the same – a testament to its quality, marketing plan, and even surviving the digital revolution. There are lessons that we, AFOL or NLP, can learn from the LEGO business model.

We often associate a toy’s lifespan to be limited to our childhood but LEGO has pushed beyond that boundary to reach out to fans of all demographics and ages. Striking a perfect balance between consistency and adaptability, the brand adopts changes just enough to keep up with times and broaden its market. I guess the pain of stepping on a LEGO brick will continue to be a shared memory for us. (Or… the LEGO and IKEA collaboration might help with that.)

Jasmine is the Content Creator at The Outsiders Co. (now Superminted) and her passion for linguistics has exposed her to the multifaceted nature of language in our everyday lives. She believes that language is not only of paramount importance in marketing communications, but also acts as our first brand ambassador. 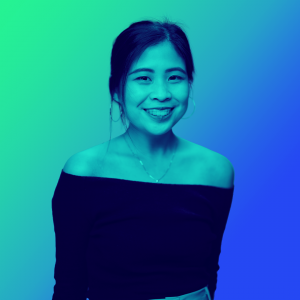 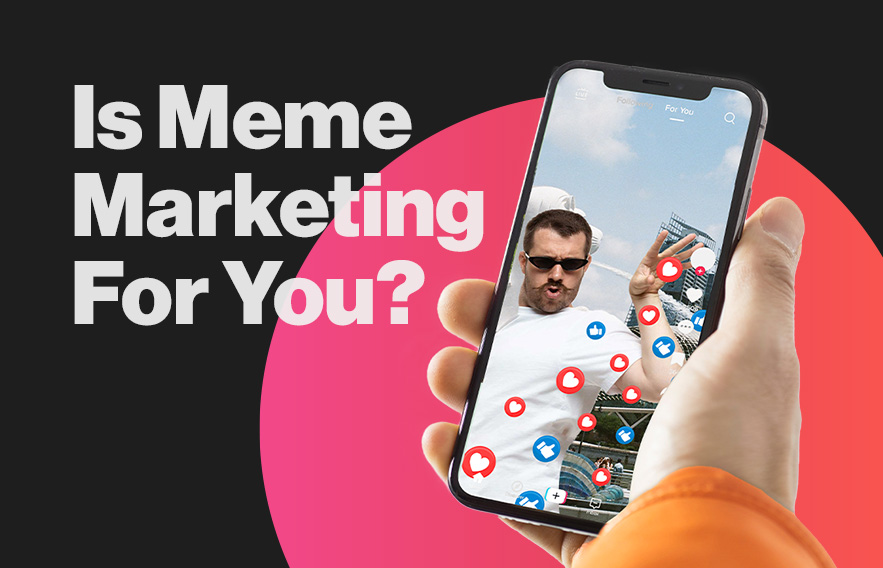 Is Meme Marketing For You? 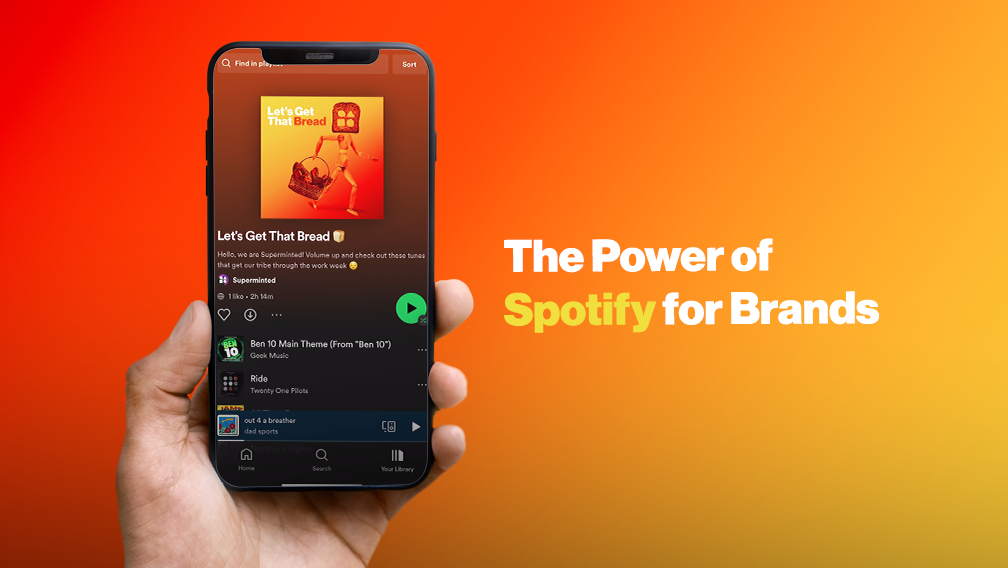 The Power of Spotify for Brands 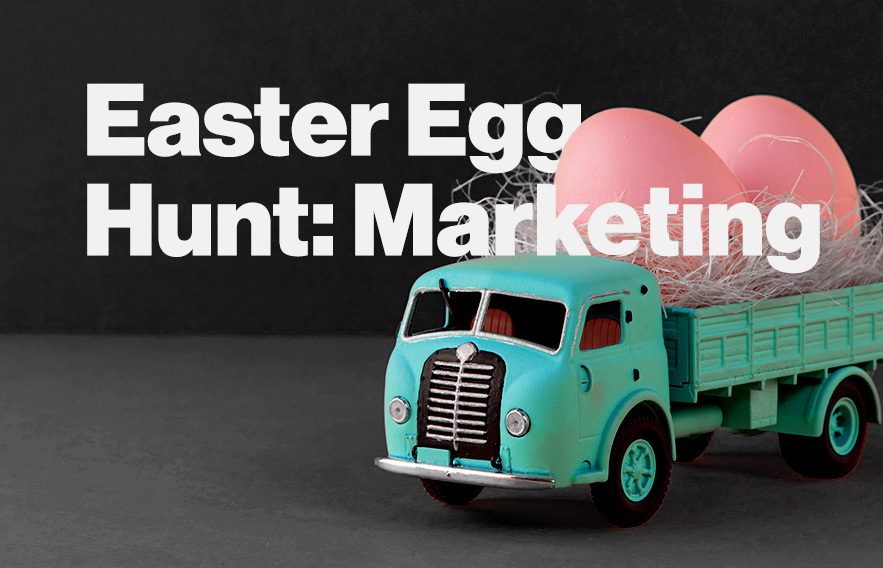 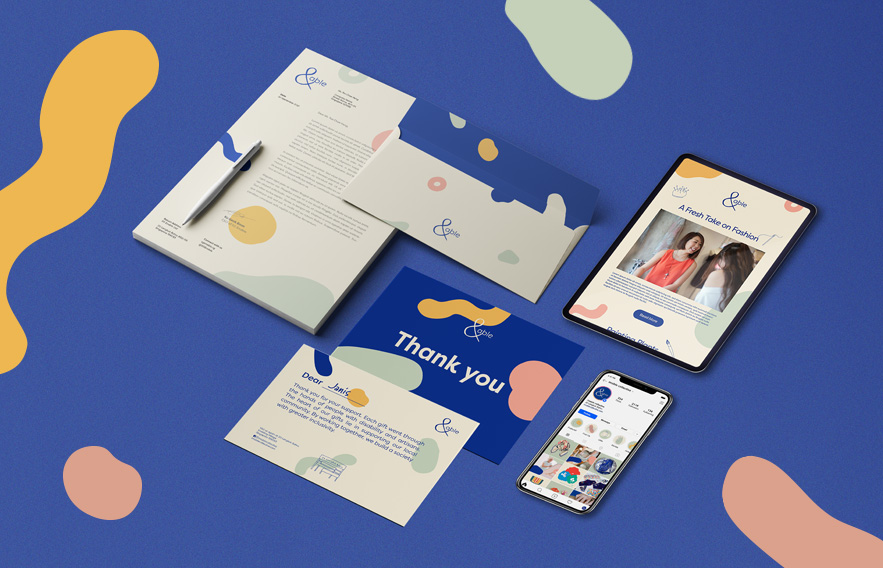 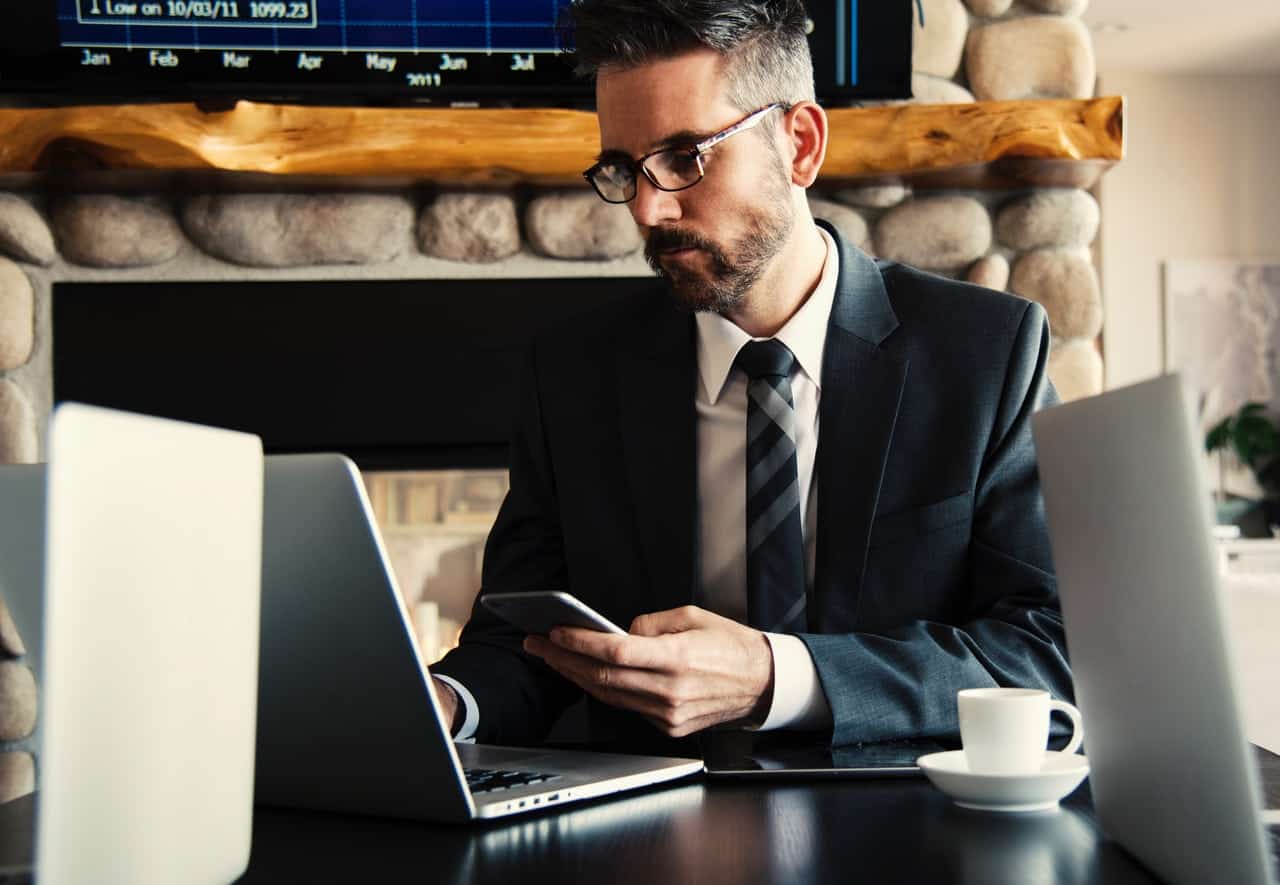 Partner, Algebra
"I really enjoyed working with [Superminted]. They provided insights on our branding and positioning and delivered some great work." 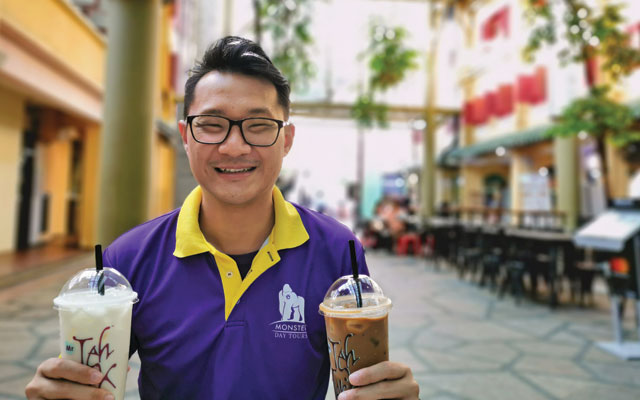 Founder, Monster Day Tours
"[Superminted] is one of the most creative and talented companies I have worked with. I would recommend their full range of services to anyone who is looking for quality work." 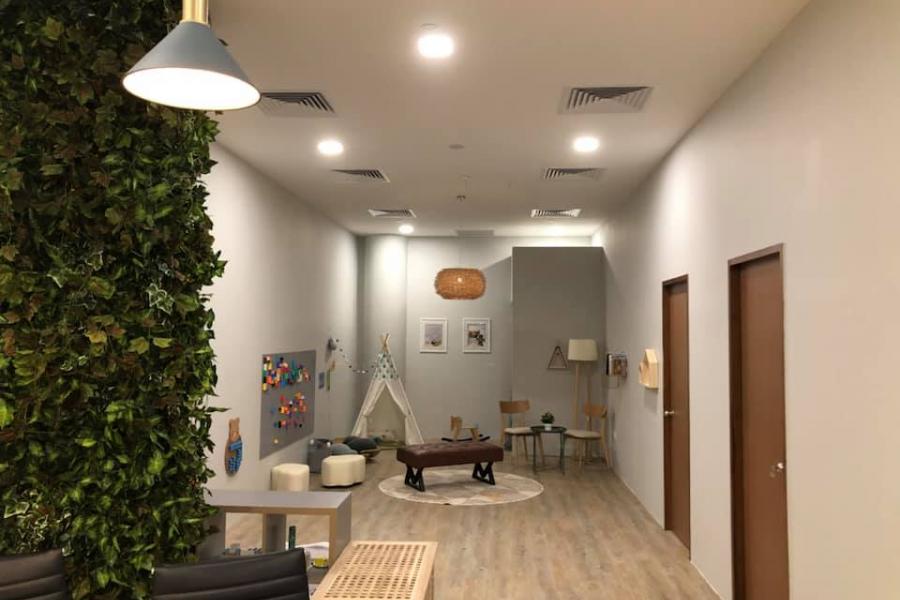 Founder, De Kinder Club
“Great team to work with! Nadine and her team are resourceful, genuine and responsive. Would recommend anyone looking to do branding to speak to [Superminted]!” 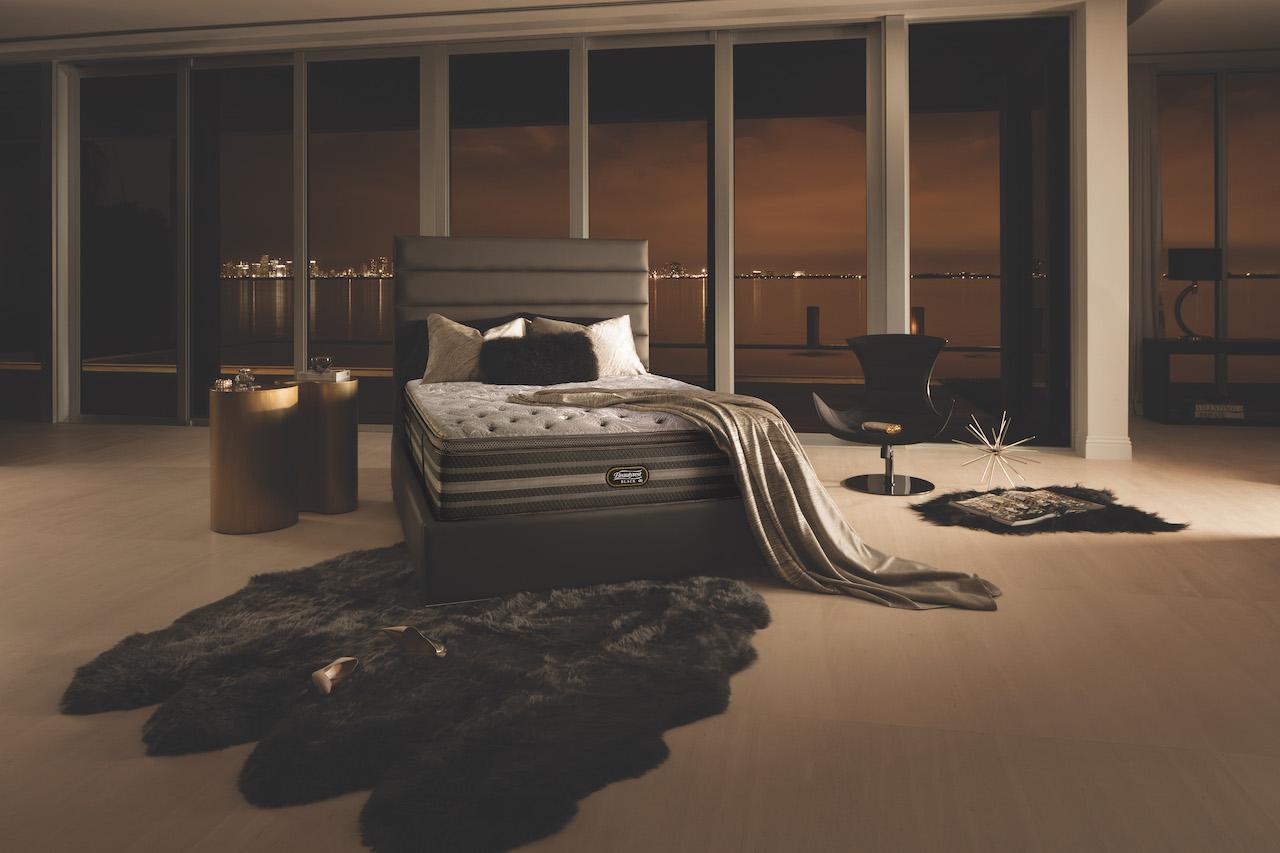 Senior Marketing Manager, Simmons SEA
“Creative, fun, efficient and most importantly, effective. That is what clients can be assured of. We did 1 TVC and 3 web videos and all performed excellently. We did it within a month and it is the best performed video on Google. The team is absolutely great to work with.” 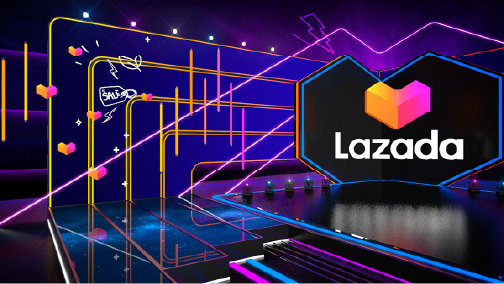 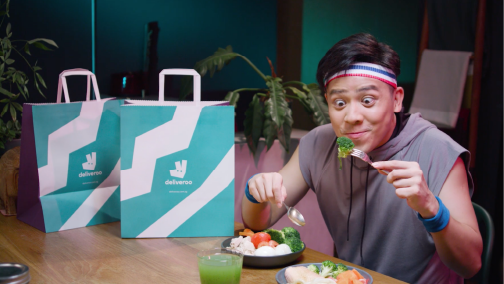 Campaign Marketing Manager, Deliveroo
“Their enthusiasm and passion for brand and video production was evident in their work. From conceptualisation, to shoot, and production, the team’s professionalism blew me away! If you’re looking for a partner for your next campaign, you’ll be in good hands.” 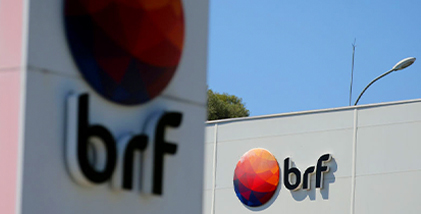 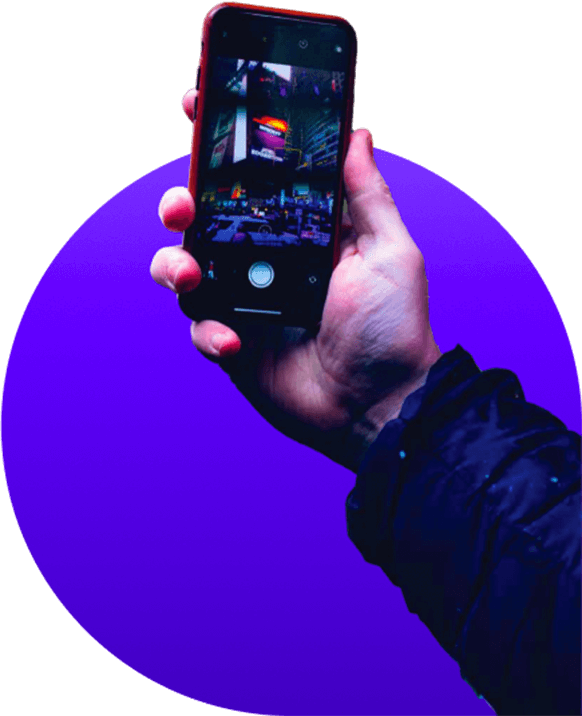 We’re here to help with all things creative.
Or ask us a general question and we’ll get back to you.